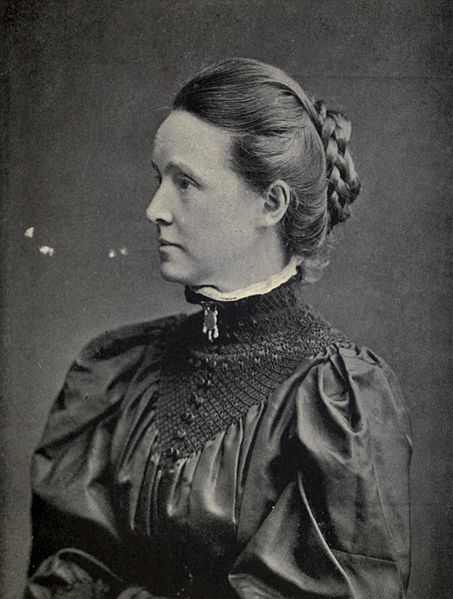 I make no apologies for the above       statement.   Millicent versus Emmeline –   Milly wins hands down.  I have  been   reading a book which  made me realise what an appalling woman   Emmeline Pankhurst was;  Hearts and Minds by Jane Robinson.  And in the week when a statue of Fawcett has been unveiled in Parliament Square and a friend told me  Stockport, following a competition to name a new square, has ignored  the suggestions and gone with Suffragette Square – this is a topical subject.

How dare they name a public square after an autocratic female thug who has nothing to do with Stockport!  Yes, her daughters were educated in Manchester and the former family home, the Pankhurst Centre, is adjacent to Manchester Royal Infirmary, but did the woman ever visit the town?   That’s a rhetorical question; I neither know nor care but, if anything, Stockport should have named it Suffragist Square – not Suffragette.

Do I hear you mutter ‘Not much difference’?  Well there’s a huge difference between the suffragist and the suffragette movement.  The suffragists believed in female franchise and female equality and their struggle began circa 1860.   -Ette is a French suffix for something small, a pejorative term, (kitchenette; a little kitchen and that’s where women should be).  Suffragette, coined in the early 1900s, was a deprecatory term used against women and applied with a sneer. Suffragettes, under the slogan ‘Deeds Not Words’ embarked on a terrorist campaign and, yes, suffered cruelly under the male government and at least three women died.

To recap. Stockport has given a public square a pejorative term for women.

But to be positive, I want to give thanks to the wonderful Millicent Fawcett (1847-1929) and her sister Elizabeth Garrett Anderson (1836-1917), the first woman who qualified in England as a doctor. These two deserve their plaudits – too-long-a-coming…

Finally, to name the suffragettes who died in the struggle for women’s suffrage.

Why all the fuss this year?  Only a few women achieved the vote in 1918 – married ones over 30 whose husbands fulfilled a property criteria or if she had a university degree.  Fast forward to 1928 – when Millicent Fawcett cast her vote for universal suffrage….  All her fabulous work and she survived to take advantage of what she had so peacefully campaigned for.

Yes, a tiny diversion from my current theme of important albeit largely forgotten women but I’m sure you’ll agree, in our age of environmental concerns this topic is also of relevance today.

There is a cheap bio-fuel which burns brightly, doesn’t smell and doesn’t cost the earth.  The name of this magical elixir?  Colza Oil.

Never heard of it?

Neither had I until I visited National Trust owned Nostell Priory near Wakefield, a splendid pile built by the Winn family who, like all aristocracy , were so concerned with penny preservation  that they installed the latest technology in 1819 in their salons – lamps blazing from oil extracted from locally grown turnip seed, similar, I guess, to rapeseed oil.

Turnip-oil lamps were invented by Frenchman Aimé Argand in the 1790s and, for a short while, powered French lighthouses as well as, also briefly, American lighthouses (from the 1850s). Unhappily, the oil is so viscous (making it difficult to rise up a wick) and too difficult for the Americans to source (presumably they didn’t go in much for turnips) that they stopped using it.

The vogue was not to last in the UK either.  Patented in 1850, paraffin was far cheaper and less viscous so quickly supplanted colza oil to become a popular lamp fuel for less affluent households.

When our gas runs out through government mismanagement, global politics and environmental catastrophe, you now know what to do.