St Margaret Pattens is in Eastcheap, the City of London and is the Guild Church for the Worshipful Companies of Patten and Basketmakers.

Pattens? Wooden ‘over shoes’ worn from at least the twelfth century to elevate and protect shoes and skirts from the ravages of mud and muck in streets and roads.  Jane Austen (1775-1817) wore them in Steventon, Hampshire.  Why don’t we wear them? Because the state of our roads is now so good (?) they haven’t been worn since the early twentieth century.

Founded in 1067, St Margaret Pattens was destroyed in the Great Fire of London, 1666, and rebuilt to Sir Christopher Wren’s design between 1686-1688. It’s one of the few City churches to survive the devastation of both World War One and Two so, not only have Christopher Wren’s original features remained, but so have the wooden notice boards listing Guild Masters from 1670 (earlier records were lost in that pesky 1666 fire..)  If you have a member of the Pattenmakers’ guild in your family tree, this is the place to come.  The church entrance also holds a small display of artefacts from both Worshipful Companies.

I heartily approve of the  Worshipful Company of Patternmakers.  Why? Because their motto recipiunt fœminæ sustentacula nobis  translates as ‘women receive support from us’.   Good on them!

For more information on guilds, refer to my Tracing Your Trade and Craftsman Ancestors.

Let’s start with a short CV.  What would you think of a person who:- 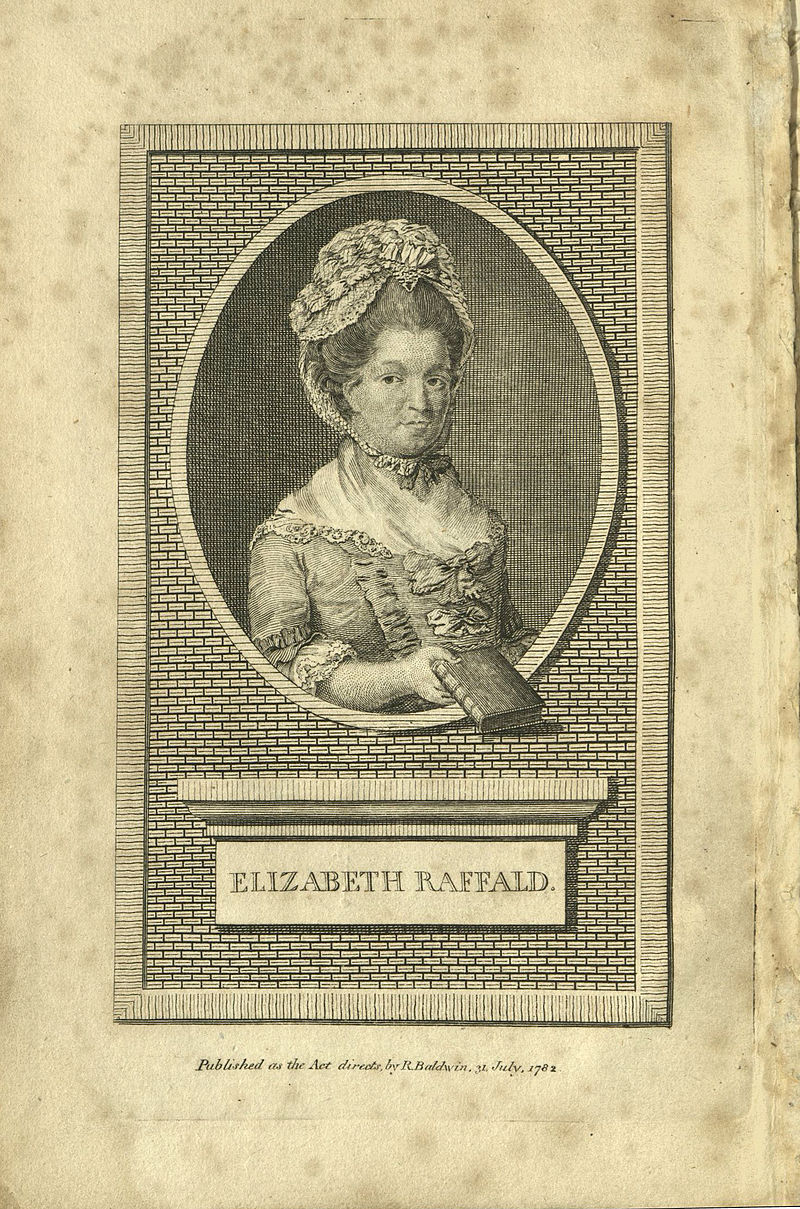 Elizabeth Raffald, born in Doncaster in 1733, worked as housekeeper for the Warburton family at Arley Hall, Cheshire, later dedicating her cookery book to the Hon Lady Elizabeth Warburton. It was here she met her future husband, their head gardener John Raffald/Rafford.  The couple moved to Manchester circa 1763 to run a confectionery shop and seed business.  She founded a register for servants (the job agency), published Manchester’s first trade directory in 1772, and wrote The Experienced English Housekeeper for the use and ease of Ladies, Housekeepers and Cooks & Co. She sold the copyright for £1,400 – an absolute fortune in those days.   The 10th edition, published posthumously in 1786 can be found online.  She even squeezed in giving  birth to sixteen children, all  girls, although only three were to survive.

Her brother in law ran a pub in Stockport, the Arden Arms.  It was here she died in 1781 – were they visiting relatives?  Buried in the Raffald family plot of St Mary’s graveyard, the parish register records her as a Manchester resident.  The Arden Arms is still overshadowed by St Mary’s.

History is unkind to John; it seemed he liked his liquor and, after Elizabeth’s untimely death, his second wife was described by all and sundry as, um,  stupid…

Elizabeth’s blue plaque on the wall of the Arden Arms. © Adèle Emm

Back to my theme of forgotten suffragists.  In the foyer of Manchester Central Library is a bronze plaque to

Rosa Leo Grindon?  Who she? Even Google was vague though it rustled up the plaque designer, John Cassidy.

Ancestry reveals the bare bones of Derbyshire-born Rosa née Elverson. Her father was a labourer in 1851; by 1861 he had risen to grocer/draper – i.e. in  much maligned ‘trade.’ Somehow, somewhere between 1891, (when she is a ‘lady housekeeper’ to a Lichfield brewer) and the September quarter of 1893, she meets and marries 75 year old widower, Leopold Grindon, her senior by 29 years. They are living together in the 1901 census.  He died in 1904 and in the 1911 census Rosa is ‘lecturer and suffragette’.   Yes!

I’m always reiterating not everything is on the internet… finding more about Rosa required a trip to Manchester Central Library to view correspondence collected by Mr Cummings Walters, editor of Manchester City News.  Bingo!  Rosa LLA, FRMS, was Chairman, Honorary Secretary for Prizes and Assistant Treasurer of the Manchester Shakespeare Tercentenary Association, an organisation which she founded.  Also included were her letters re; new-found interest, spiritualism. Further evidence of this  was provided by a newspaper clipping for a meeting held by Sir Arthur Conan Doyle of Sherlock Holmes’ fame.  Winding through microfilm of City News I found her obituary  including photographs (P6, 12 May 1923).  Superwoman Rosa had attended Cheltenham College sitting her examinations (remember, many universities didn’t permit women to matriculate) at St Andrews University in ‘English literature, Anglo Saxon, botany and geology, a first class in physiology and a second class in economics’.  As a girl, she’d been ‘a fearless rider to hounds’ (fox hunting).  She’d visited  ‘America as a suffragist’ but ‘was not aggressive in the women’s movement’.  This intrigues me. Why had she classed herself in 1911 as suffragette not the less militant ‘suffragist?’  We may never know.

Manchester Town Hall is currently closed for renovation until at least 2024. The statues, plaques, memorials etc have been moved for safekeeping.  Is our Rosa’s plaque one of these? If so, she has risen from the obscure….   Good on you!