St Margaret Pattens is in Eastcheap, the City of London and is the Guild Church for the Worshipful Companies of Patten and Basketmakers. 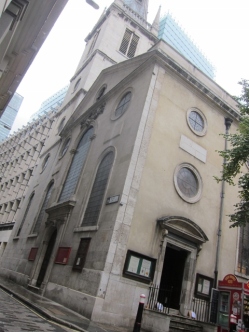 Pattens? Wooden ‘over shoes’ worn from at least the twelfth century to elevate and protect shoes and skirts from the ravages of mud and muck in streets and roads.  Jane Austen (1775-1817) wore them in Steventon, Hampshire.  Why don’t we wear them? Because the state of our roads is now so good (?) they haven’t been worn since the early twentieth century. 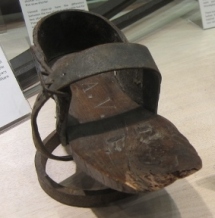 Founded in 1067, St Margaret Pattens was destroyed in the Great Fire of London, 1666, and rebuilt to Sir Christopher Wren’s design between 1686-1688. It’s one of the few City churches to survive the devastation of both World War One and Two so, not only have Christopher Wren’s original features remained, but so have the wooden notice boards listing Guild Masters from 1670 (earlier records were lost in that pesky 1666 fire..)  If you have a member of the Pattenmakers’ guild in your family tree, this is the place to come.  The church entrance also holds a small display of artefacts from both Worshipful Companies. 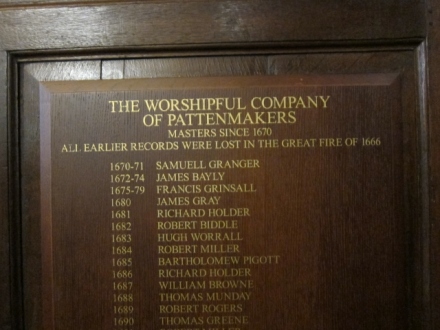 I heartily approve of the  Worshipful Company of Patternmakers.  Why? Because their motto recipiunt fœminæ sustentacula nobis  translates as ‘women receive support from us’.   Good on them!

For more information on guilds, refer to my Tracing Your Trade and Craftsman Ancestors.